The Harry Price Library of Magical Literature was donated to the University of London in 1937 by the eponymous psychical investigator, amateur conjurer and ghost hunter.   Price was a lifelong collector, and the Library served as a research resource for his National Laboratory of Psychical research, where students of the occult would not only find vast resources on false phenomena and charlatanism, but also the tools to recognise and possibly prove genuine manifestations of the supernatural, assisting them to “separate the few grains of wheat from the vast amounts of chaff in which they are almost lost.” The subject coverage of the Library is necessarily broad, taking in spiritualism, magic, conjuring, esotericism and unorthodox beliefs, the supernatural and unexplained phenomena among many others subjects.

Price was collecting throughout the late nineteenth and early twentieth century, and the collection’s book and periodical holdings for this period are particularly rich.  Occult themes are reflected in publications of the Theosophical Society from India and London including many of the works of Helena Blavatsky, Annie Besant, and A.P. Sinnet and anti-theosophical tracts.  There are editions of the works of occultists including S.L. Macgregor Mathers, Eliphas Levi, and, of course, Alistair Crowley, as well as many other occult figures, movements and organisations such as the Golden Dawn and Thelema.

Perhaps one of the library’s greatest strengths is the periodical holdings. The growth in journal publication in the late nineteenth century is reflected in long runs of several specialist titles, such as the Journal and Proceedings of the Society for Psychical Research and the  Journal of the American Society for Psychical Research, Light: a journal devoted to the highest interests of humanity, both here and hereafter from 1881, The Equinox: the official organ of the Astrum Argentum for 1909-1913, The Occult Review, which ran under variant titles from 1905 to 1951, and Lucifer, later entitled Theosophical Review, jointly edited at one time by Helena Blavatsky and Annie Besant, for the years 1891-95, 1898-1903.  Non-English language journals are also well represented including Tijdschrift voor Parapsychologie from 1928, Luce e Ombra, later entitled La Ricerca Psichica from 1923, and Ling-hsueh ts’ung-chih a monthly magazine of Chinese occult sciences for 1918-19.

As well as specialist titles, the pamphlets, cuttings and offprints in the collection give a snap shot of the coverage of occult subjects in the mainstream press, with the catalogue records of the Harry Price Library functioning as an accidental index to articles from a wide range of nineteenth and early twentieth-century periodicals.  Some examples from the pamphlet collection include an early article on the occult sciences in the Society for the Diffusion of Useful Knowledge’s Penny Magazine from 1841, A.P. Sinnet’s ‘The progress of occult research’ in the National Review, July, 1906, and the occult number of the German illustrated newspaper Die Woche from 1932.

In addition to the Library, SHL also holds Price’s archives including his correspondence, case files of many of his major investigations, cuttings and scrapbooks and artefacts and manuscripts. Among some of the occult curiosities in the archive are paintings by J.F.C. Fuller, accounts of Price’s own experiment in black magic, the The Bloksberg Tryst, and a nineteenth century illustrated manuscript of Ebenezer Sibly’s ‘Clavis resero arcana mysteria Rabbi Solomonis’ with three other magical texts.

Both the Library and Archive are catalogued on SHL’s online catalogues, and information on related collections can be found here.

Tansy Barton is the Manuscript and Print Studies specialist at the Senate House Library, University of London. 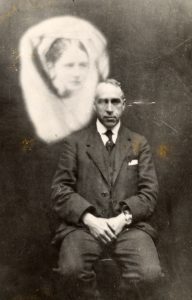 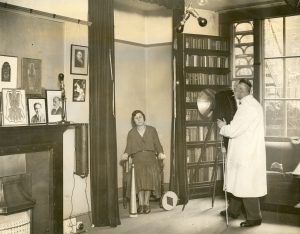